LEARN HOW TO READ CANDLESTICK FOR PROFITABLE TRADING DECISIONS

The importance of knowing “How to read or learn the behavior of trading candlestick pattern and formations” of chart graph which is one of the techniques that need to be mastered and familiar by the traders.

It also can help traders making trading analysis and the final decision before made an entry position.

BEHAVIOR OF CANDLESTICK PATTERN AND FORMATION

Candle chart will move continuously when one party dominates the market, followed by the other parties “in the opposite direction of the market”. * “Party” herein is conversational traders such as banks, central banks and forex traders.

“Body candle” is more elongated than before, making forex traders took the opportunity to open a position along the movement trend. This makes a strong force in the movement of market trends quickly.

The chart moving slowly. This situation where the trader to wait or hesitate to open a position

Applies when there is a market that has been in a position to saturate (overbought or oversold), then many parties @ trader who wants to reverse the direction of the market trend.

The circumstances in which there remains the party who want to take full advantage in the current market trend in the reverse direction. Convergent and Divergent be seen through Oscillators indicators (RSI, Stochastics, MACD, CCI)

PRINCIPLES OF UNDERSTANDING THE CANDLESTICK

Inside this bar can be strengthened again if it appears in the near area “support and resistance“, it’s one candle in half position from the candle before or after. Inside Bar Occurrences like as alert a “precaution”, whether prices will continue the trend or reversal trend direction (@bounce). *picture: Black Candle (popular in red color) represents the “power of sell”, when the White Candle (popular in color green) represent “power of buy”. The arrows represent price trend that will prevail …

Pinbar arise when price indicates an uptrend so bearish (down), pinbar appear in a downtrend indicates the price so bullish (rising). Opportunities direction of the trend reversal @ bounce at 80%.

It Indicates there is only one party that dominates the market * 80% strongly without any resistance from the other party. Accretion of one marubozu to another marubozu (down or up trend) shows the stronger price movements following the trend.

A trend reversal, become bullish during downtrend, which can mark as Support Level

A trend reversal, become bearish during uptrend, which also can mark as Resistance level.

candles with small bodies and shadow either long and short underneath or non-existent, which also can be marked as Support or Resistance Level.

NOTE: Above are the pattern @ candlestick with a popular name from out of largely candlestick’s name that exist in the Forex Market. It is not necessary to remember all of them. Please considered to emphasize on other factors such as SNR, NEWS FUNDAMENTAL trading and etc. Increase your understanding, experience, strategies and techniques while in DEMO, even if you have been in a Live Account.

CHART PATTERN OF THE CANDLESTICK CHARACTERISTIC.

it also called as “Price Pattern” – a signal for the traders of the momentum of market trend. *red line indicated in the image is “neck line“ 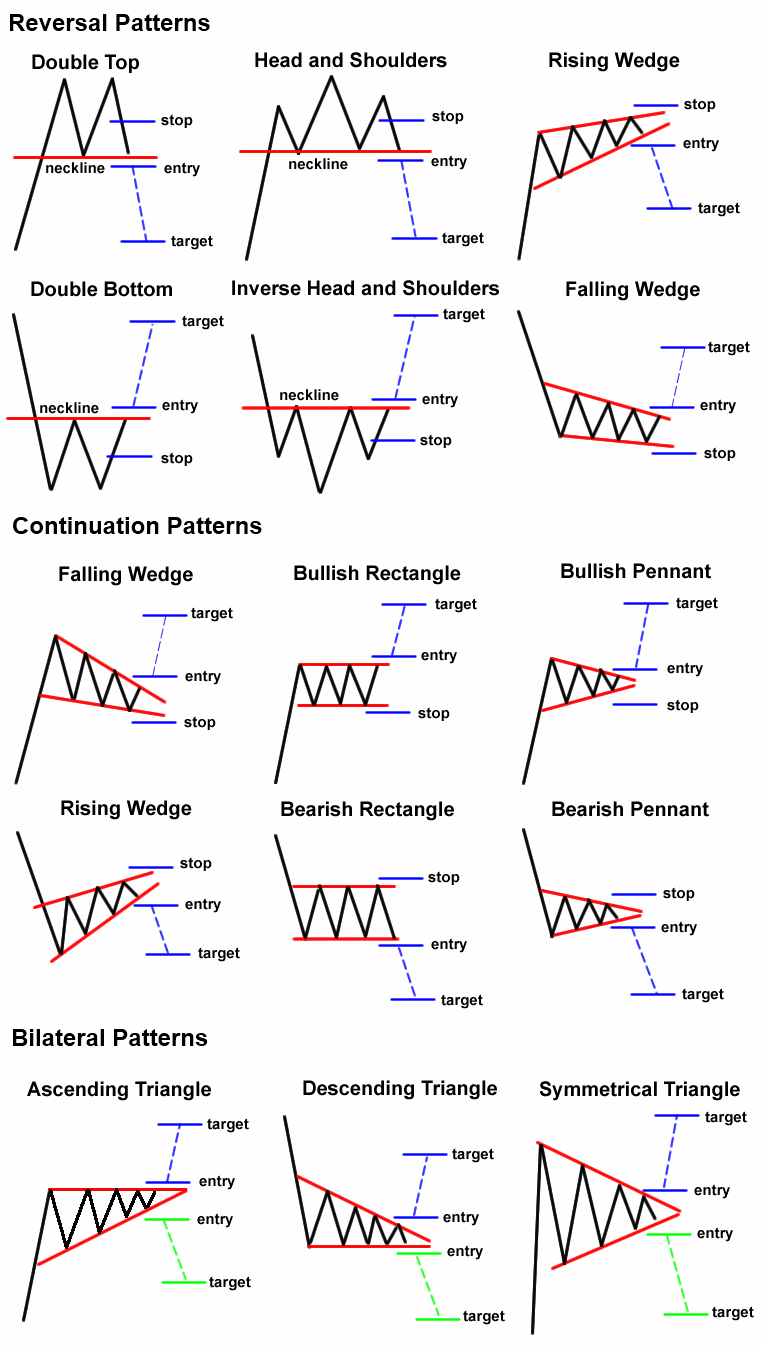 NEXT» BASIC GUIDE TO TRADING ANALYSIS

HOW TO IDENTIFY A PROFITABLE TRADING ANALYSIS April 27, 2014

FUNCTIONS AND TYPES OF TRADING PLATFORM IN CRYPTO AND FOREX March 27, 2014